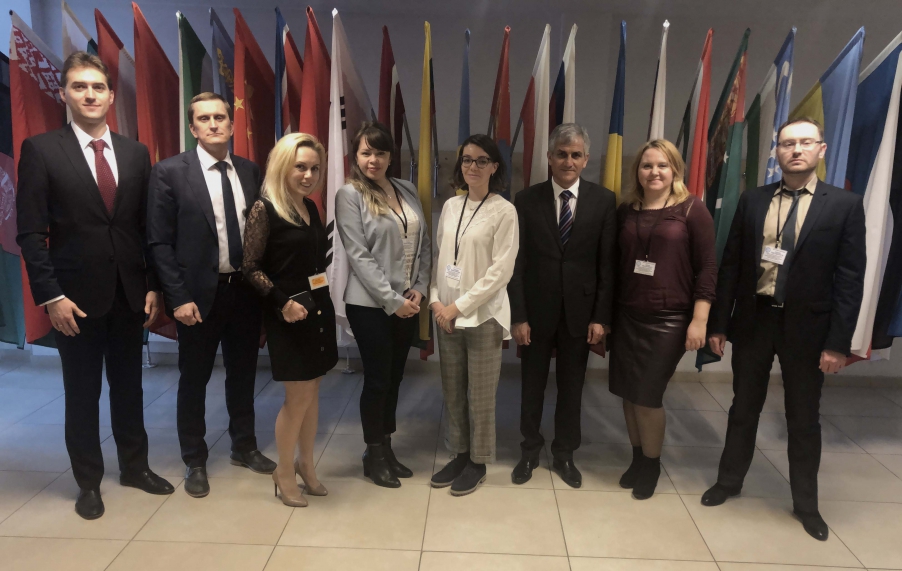 Warsaw, March, 20-21 2019 – an expert meeting of the Organization for Co-operation between Railways (OSJD) Commission for cargo traffic devoted to the organization of the combined transportations in international connections that took place in Warsaw (Poland).

The purpose of the meeting was to actualize the Agreement on organization and exploitation aspects of the combined transportations between Europe and Asia as well as the estimation of the development and to exchange the experience on organization of intermodal and multimodal cargo traffic. There are 15 countries participating in this Agreement.

The Russian Federation was presented by the Russian Railways, UTLC ERA and Freight Village RU and its Director for GR and international organizations cooperation Alexander Oleynikov. The representatives of the railway administrations of Kazakhstan, Poland, Moldova, Latvia, Czech Republic, Slovakia and Ukraine were also presented among the meeting participants.

During his presentation on the development of cargo transportations in international connection, applicated by Freight Village RU, Alexander shared the information on the rapid growth of the export-import containers handling volumes on the Vorsino terminal, on the companies’ development projects and also on the created digital logistics platform. It was mentioned that it is an issue of vital importance to digitalize the transport-logistics processes in order to develop the combined transportations in international connections effectively. The most suitable wat is to do it in the single window mode, monitoring the cargo transportation process and providing the clearness of the transportation.

By results of the meeting the chief of the Commission for cargo traffic Zubaida Aspaeva stated the high significance of the work, done by Freight Village RU group of companies directed to the container flows development in export-import connections and the digitalization instruments.

Also, the meeting participants supported the proposal of including Freight Village Vorsino terminal to the list of the strategic objects for the combined transportations in the frame of the Part A “The terminals” of the Application 2 of the mentioned above Agreement.