From the major ports of Southeast Asia to Moscow (Vorsino) 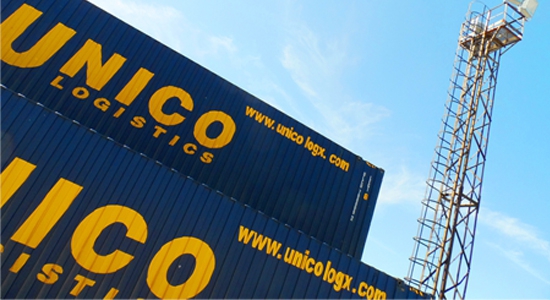 Freight Village RU is pleased to announce a new service of containers delivery from the major ports of China and Republic of Korea through the port Vostochny to its Vorsino terminal near Moscow. Transit time from Vostochny by rail is 10 days; total transit time from the announced ports does not exceed 25 days.

The service started in May and has already gained popularity not only among the residents of the industrial park "Vorsino" but also among clients, based in Moscow, Moscow region and other nearby areas. It became possible thanks to the close cooperation between the Group of companies Freight Village RU, PJSC "Transсontainer" and «UNICO Logistics» LLC.

"The project involved rolling stock and equipment of PJSC" Transcontainer ", containers handling at the terminal Freight Village Vorsino is being provided by the terminal operator – CJSC "TASKOM", while the service operator is the company «UNICO Logistic» LLC. A significant portion of the containerized cargo arrives at the terminal being bonded and after that is cleared by customs right at the terminal. It is important, that transit time is stable and customers can get their goods in Moscow at least two times faster comparing with the deep-sea route, but for the same money. The launch of this service also gives us the opportunities for expansion of the geography of shipments in the direction of Siberia and the Far East ", - said Vice President for Logistics of Freight Village RU Andrey Tokarev.

"We have already talked so much about the outstanding infrastructure of the terminal, which was green-filed project couple year ago, that it seems it does not impress anybody anymore, - says Andrey Tokarev.  But just imagine for a moment a container terminal with the railways of the total length 10 km, and 7.5 km of them – operational front, which can accept 7 full-size (71 wagons) trains at one time. You would be able to see this anywhere else in Moscow. However, the main point is not even the infrastructure. The key fact is that, being a public terminal, we are not affiliated with any of the logistic operators and provide equal access to the infrastructure and services of the terminal to all its customers. This equidistance allows us to act as a guarantor for securing by our client its cargo base, which he brought to our terminal. Freight-forwarders who are already working with us can prove it and we highly appreciate such reputation on the market."